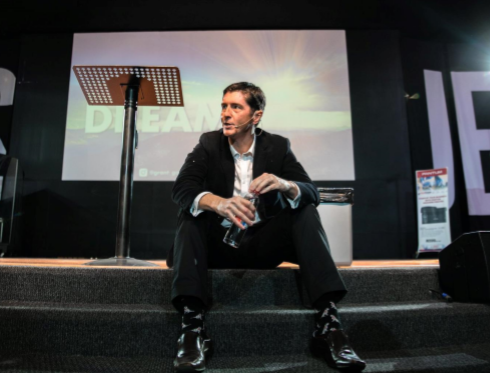 In 1975 a 24 year old Kodak engineer named Steven Sasson invented a digital camera and presented his invention to senior executives at the company.

His invention would require people to record photos onto digital tapes and then view the photos on a standard television screen.

This was the response of the Kodak executives as told by Sasson to The New York Times:

Kodak believed that photo prints would be around forever, and their actions as a company, were based on this rock-solid belief.

They did eventually change their minds though, and made the switch to digital 18 years later.  It was however, too late, and one of the largest businesses in the world filed for bankruptcy in 2012.

Is it possible that just like Kodak,  you and I cling onto rock-solid belief systems and thought processes for years and years, even though there is probably evidence to suggest that those belief systems are fundamentally wrong?

How could this be impacting your outcomes?

It’s possible that you just aren’t open to seeing what you do not want to see.

Money is not the root of all evil.
A woman’s place is not in the kitchen.
Children should be both seen and heard.
It’s not just the way you are.
No, you’re not broken.
You’re not too old to change.
You can be a single mom and have a successful career.
You’re not too big to run.

That last one was mine.  I believed that I could not run because my body shape was too big.  It was the perfect excuse to avoid any form of running exercise for 40 years.  Until I eventually saw evidence that proved to me that my belief was wrong.

For the first time in my life, at age 40, I went down to watch the finish of the Comrades Marathon at the Moses Mabida Stadium in Durban.  I went to support a few friends who were running.  While waiting for my friends to finish, I saw what I will describe very respectfully, as one of the largest women I have ever seen, successfully completing the 90km road race.

For you, she may have been another female athlete completing the toughest road race in the world.  For me, she was not only a source of inspiration, but a message received loud and clear that my own belief was fundamentally wrong.  I was presented with evidence to prove that my own thinking was wrong.

I was however, open to receiving this message.  I was ready to accept that I could be wrong.  How many times have you had evidence presented to you, only for you to dismiss it out of hand because it was maybe “too good to be true”?

You can only see what is in front of your eyes when you are ready to see it.

A few years later I can proudly say that I have completed 2 x 10km races and a very grueling 21km race.  I also do weekly 5km runs with my friends.

Most importantly though, guess what?  I am certainly not too big to run.

This week, I want to ask you to do something that could change your life forever.

Be aware of what is happening around you.  Be open to the evidence that exists around you that can prove your limiting beliefs to be wrong.   Seek the evidence out if you have to.  There is no such thing as coincidence.  The universe is sending you messages every day.

All I am asking you to do is to be open to the possibility that the belief system, or the thought process, that governs the majority of your actions and habits, could be fundamentally wrong for you and the results you aspire to.

These thoughts and beliefs that you hang onto are so often designed to keep you safe.  They are a protection mechanism that can hold you back from fulfilling your true potential in this life.

What if you could release that limiting belief?

Who could you be?

Have an amazing week.